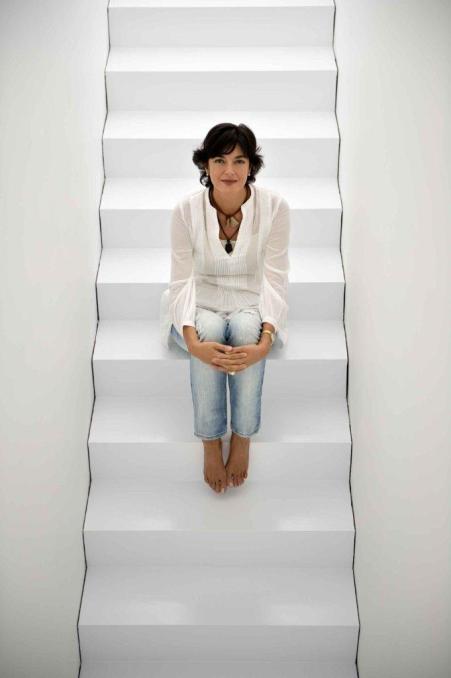 María Vallejo-Nágera, (Madrid 1.964). Licensed in Education Sciences by the Universidad Complutense of Madrid, started her career as a novelist when her first novel (“El patio de los silencios”, Editorial Styria) was published after ending in fifth place (1999), among the other 400 novels that were presented to the ‘Planeta’ awards in Spain. Since 2000, María has been requested by her readers to give lectures on her religious experience and faith. She has also appeared in several TV shows, given interviews and video testimonies (www.mariavallejonagera.com «You Tube Channel»).

Currently the author has finished her latest literary work called «Heaven and Hell: Truths of God» (scheduled for release in November 2012 on paper, Editorial Libros Libres and E-book Publisher Vari Editores). This work is a continuation of «Between Heaven and Earth; curious stories about purgatory» (Editorial Planeta, 2007), where Maria Vallejo-Nágera addresses the mysterious truths of faith and the supernatural. As part of the process to write this essay, Maria Vallejo-Nágera has conducted a thorough eschatological study, interviewing renowned Vatican exorcists.

Her 8th and 9th books are stories for children. «Lola Torbellino» and «Lola Torbellino goes to the beach» are the first and second installment of the hilarious adventures of the main character «Lola», a crazy, hilarious and adventurous 8 year old girl. With this children’s series Maria wants to provide a fun way to transmit values ​​to children. The third book of these series ‘Lola Torbellino at school’ is Maria’s next project.

«Bad Lands» (Ciudadela 2009 and Vari Editores 2011), is based on the chilling life of an American woman. Through the life of Ana Sofia, the main character, the author analyses the way society faces the modern problems of rape and abortion, and their terrible consequences. «Bad Lands» is translated into English and can be bought both in paper books and E-Book versions through Amazon.

«Between heaven and earth, curious stories about Purgatory» (Editorial Planeta, 2007) has been reprinted more than 10 times. Here the author presents her first essay, introducing the reader into the unknown and interesting world of what the Catholic Church calls «purgatory». The second part of the book narrates personal experiences that have occurred to some people of social relevance in Spain. In the book they tell their personal stories with ghosts or «souls in purgatory», showing that these issues are not just theories or frauds.

“La Nodriza” (Ediciones B, 2006), based on the life of Queen Marie Antoinette, was her first historical novel.

In 2004 was published «Luna Negra» (Editorial Belaqva, 2004) novel highly appreciated among the media. Based on a true story, Maria Vallejo-Nágera squarely addresses the harsh reality of the African exodus to the Spanish coast.

Her third novel is «Un Mensajero en la Noche» (2003 Vari Editores) and is also based on a true story. This novel was the one that made Maria Vallejo-Nágera one of the most widely read writers in Spain and Latin America. Printed more than 27 editions and published in France, USA and Portugal. «A Messenger in the Night» (Vari Editores 2011)the English version of this book. It is sold in paper and eBook.

“El Castigo de los Angeles” (Editorial Planeta, 2.001), was her first novel based on real events experienced during a trip to the desolate post-war in Bosnia.